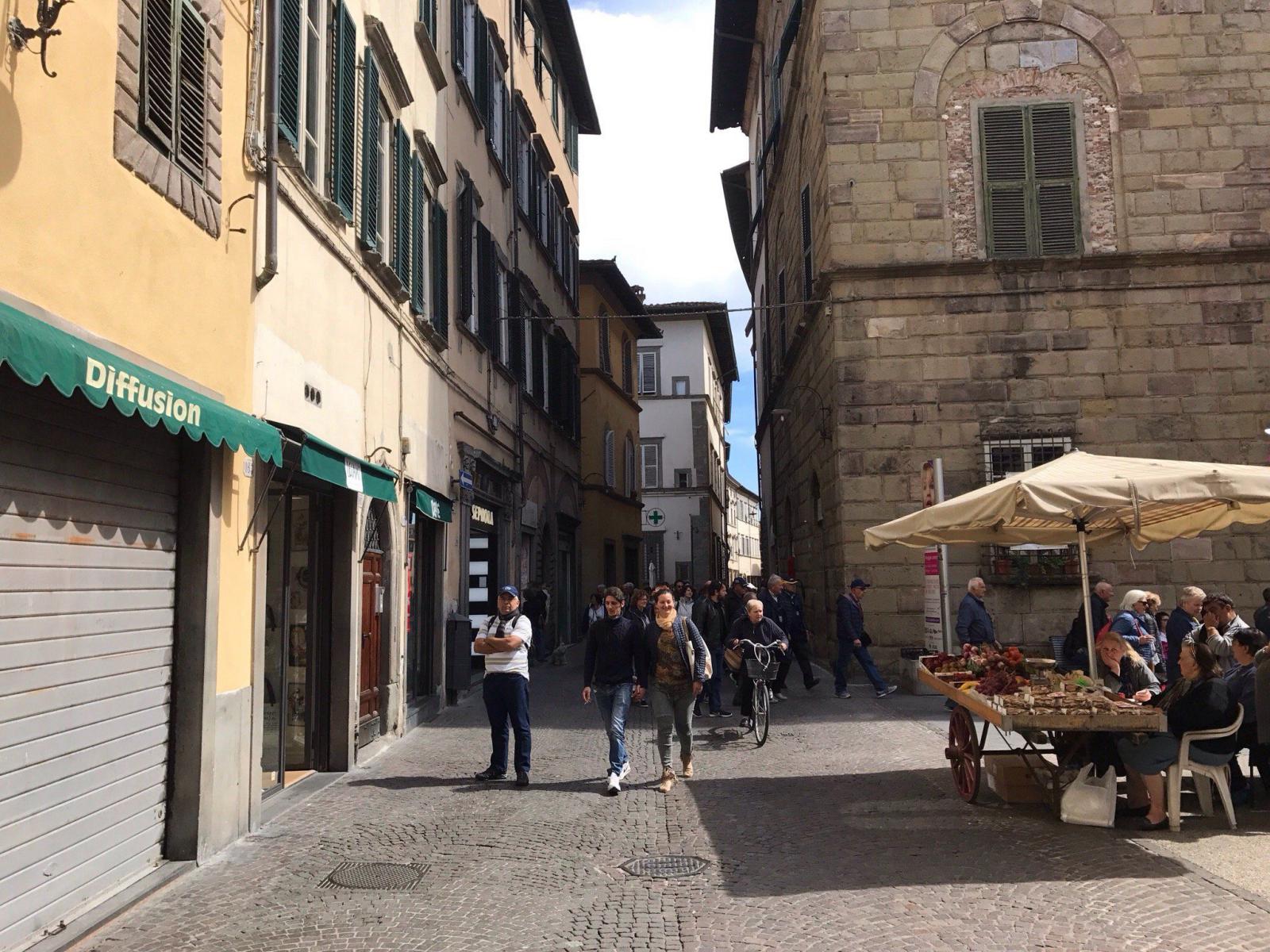 This characteristic street, now lined by shops, has always been one of the most important in the city since the Middle Ages, when it united the center of Lucca with its northern part. The road, which partly follows the path of the Roman “cardo maximus”, is ideally divided into three parts: the first begins from the intersection with Via Roma, Via S. Croce and Via Cenami, called Canto d'arco due to a Medieval tower supported by four arches, and ends in Piazza dei Mercanti; this part of the road was called Fillongo, then Fillungo, from the name of a Garfagnan castle, a fief of the Falambrina family who owned some houses and the corner tower in this part of the street.

At the beginning of the road you will find the church of S. Cristoforo, an example of Lucca Romanesque style with Pisan influences embellished by the sculptures of the Guidetto workshop; in front of this stands the Torre del Travaglio, where the guard stand in ancient times must have seemed suspended over the void because, it was supported only by an imposing arch, now closed by a wall.

Further on, at the point where the street is crossed by Via Chiasso Barletti, a typical medieval alley, the visitors can admire an anthology of the construction of this period: the Barletti Baroni house, built during 13th century, with corners in stone and brick facade, opened by three-light windows with brick decorations; the building is completed and protected by the tower which stands beside it right in front of the very tall “Torre delle Ore”, which takes its name from the characteristic clock.
The second section, called "Pantera", starts from Piazza dei Mercanti, where the Corte dei Mercanti, one of the most powerful guilds of Lucca, met in assembly at the end of the 14th century. From here begins the last stretch, formerly called Via Grande, which, skirting Piazza S. Frediano and Piazza dell'Anfiteatro, reaches the thirteenth-century Porta dei Borghi from which you once could left the city to enter its most populous village, then incorporated inside of the perimeter of the Renaissance walls.