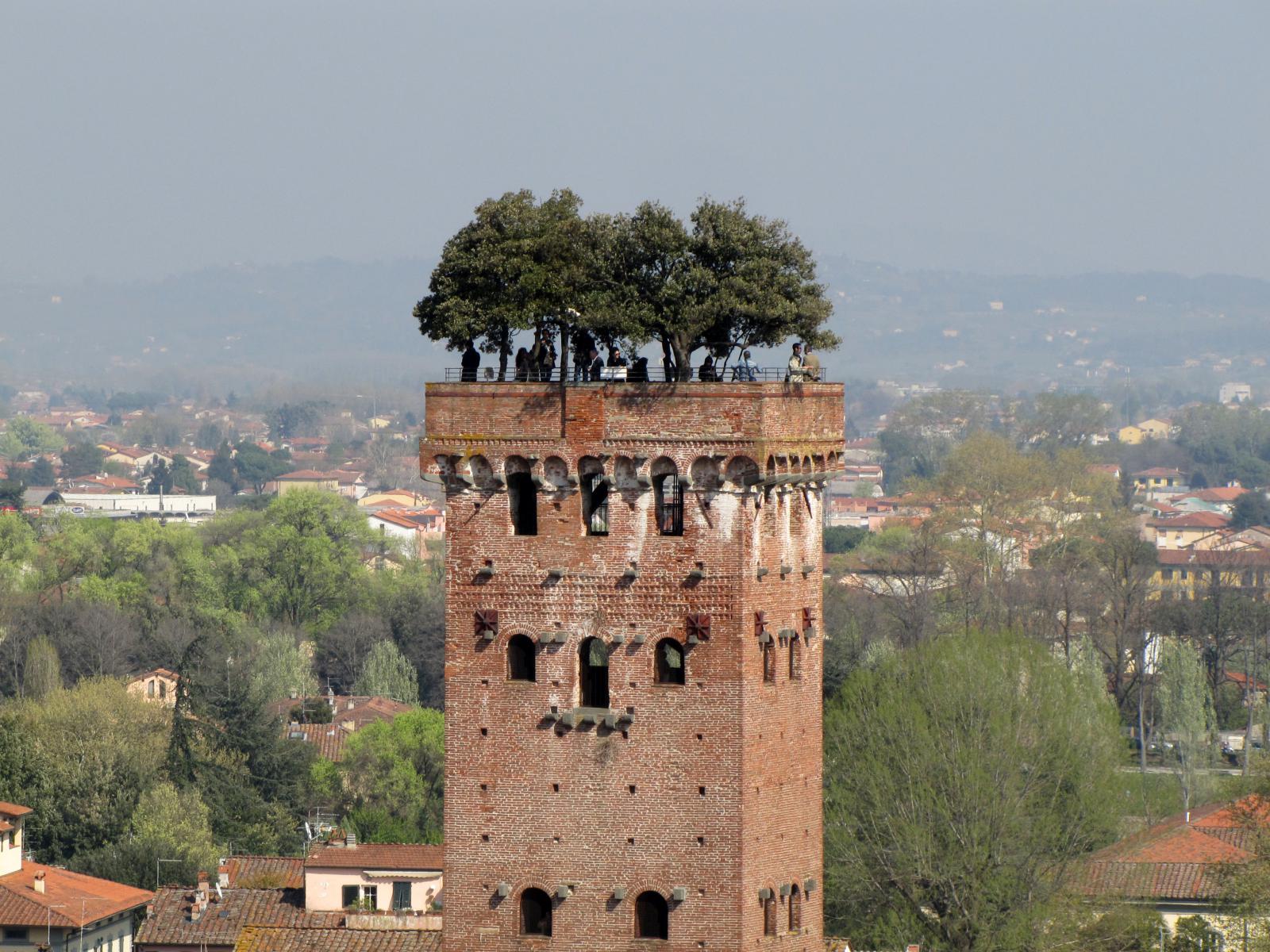 The tower, which is more than 44 meters tall and stands on the corner of Via Sant'Andrea and Via delle Chiavi d'Oro, was built at the end of the 14th century by the powerful Guinigi family, and is the only survivor of the four structures distributed on both sides of the homonymous street. The building is made of red brick with corners reinforced by stones and shelves to support wooden structures, in correspondence with the openings. At the top of the building a row of arches supports the hanging garden, formed of a caisson filled with earth on which seven holm oaks are planted.

This tree-lined crown, now a symbol not only of the tower but of the whole city, was most likely foreseen in the original layout and certainly stood out in the city landscape during the fifteenth century, as shown by a miniature of the Chronicles by Giovanni Sercambi.

More than for defensive reasons, this tower was erected to show the power of the Guinigi’s family and is the only one belonging to private families that was not destroyed in the 15th century.