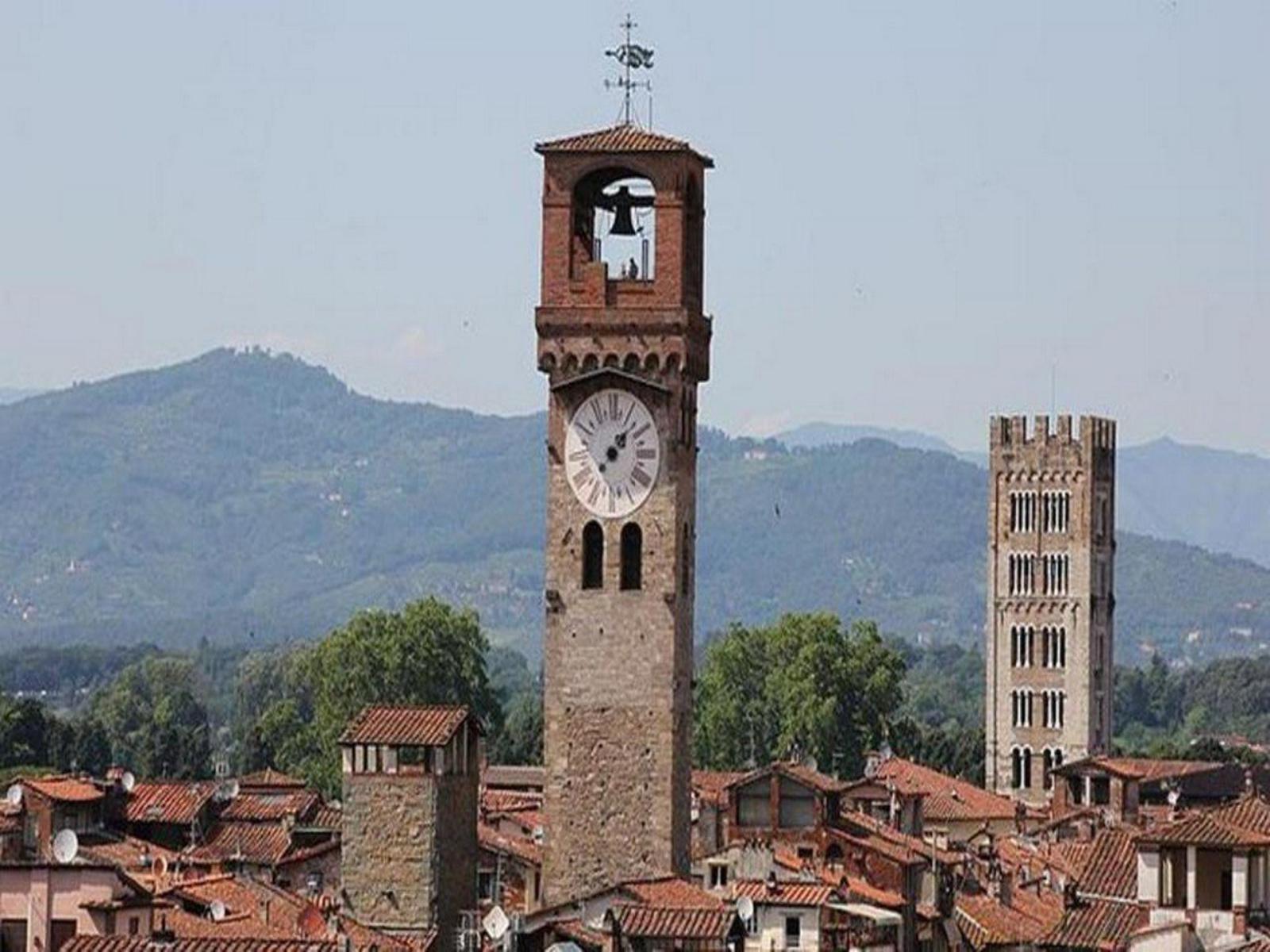 This tower, built in the thirteenth century, belonged to several noble families of Lucca and in 1390 was chosen by the General Council of Lucca to host the first public clock in the city: it was the most suitable place due to its central location and the high, (50 meters) which still make it the tallest tower in the historical counter. Labruccio Cerlotti, the most prestigious goldsmith of the time, was commissioned to create the mechanism of the watch. In 1471 the building was purchased by the Municipality which in 1490 had the external quadrant positioned there, so that all the people in Lucca could see the time, previously announced only by the bells.

The tower, accessible from a narrow door, is made of gray stone with two single-lancet windows that open under the clock face, in correspondence with the room where the winding mechanism is kept, reachable by following a narrow wooden staircase, inside of the tower. The current watch with its sophisticated mechanism was made in 1754 by the Swiss Louis Simon with the help of Sigismondo Caturegli, from Lucca.

Above the dial a series of arches holds the brick bell tower, open on four sides, from which you can enjoy a beautiful view of the city. At the top of the tower stands a copy of the iron weather vane (the original is kept in the botanical garden) in which stands the word "Libertas", the motto of the Republic of Lucca.