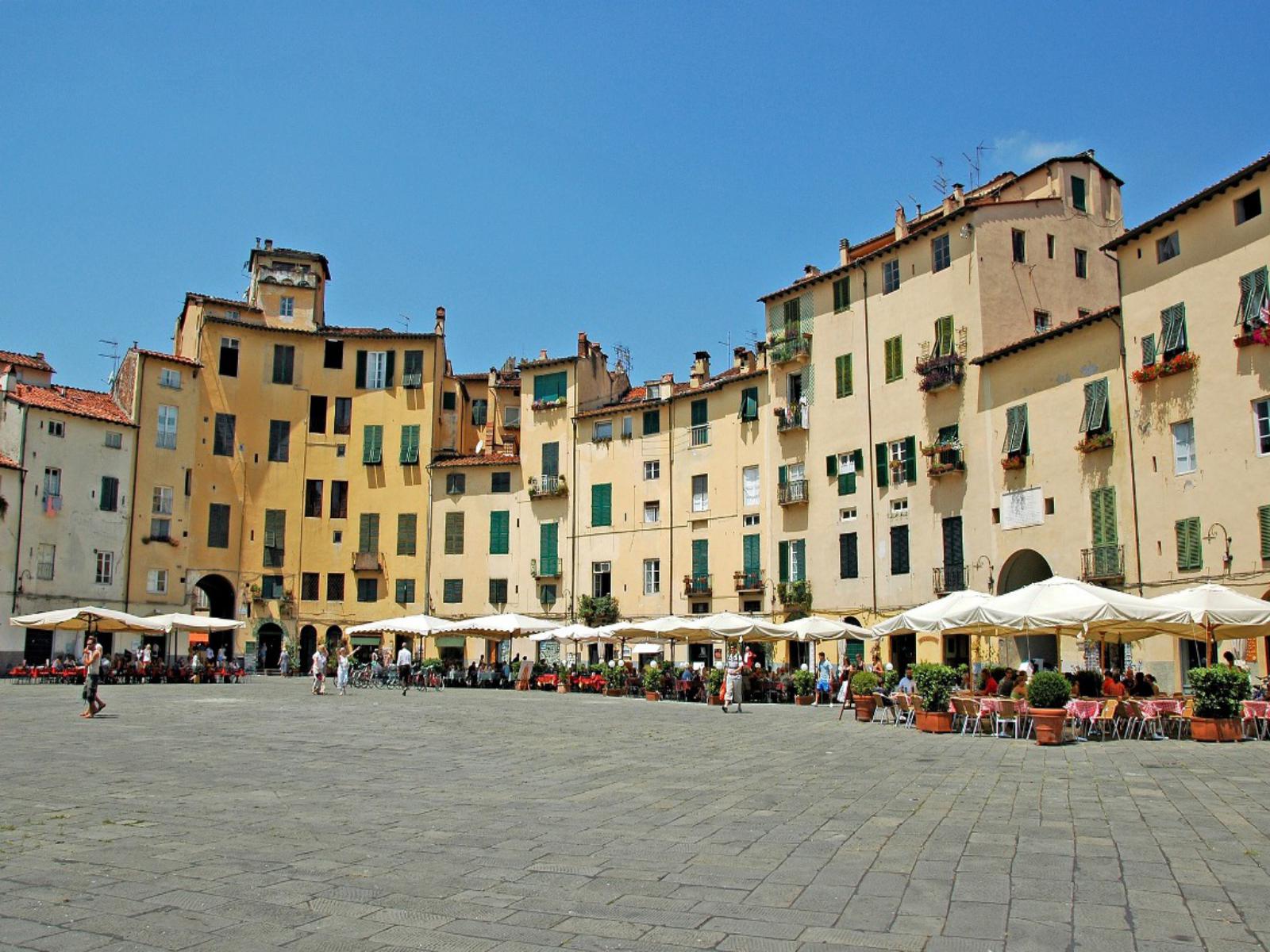 The Amphitheater, one of the main symbols of the city and one of its most ancient historical sites, has maintained an aspect very similar to the original one; its construction dates back to the 1st century AD to host games and fights of the Roman gladiators and consisted of an elliptical ring of stands for spectators, with the arena in the center; still today it is possible to observe part of the Roman buildings on the external walls of the square.

After the Middle Ages, when it was converted to a fortress and prison, it was gradually destined for residential use and in the nineteenth century the architect Lorenzo Nottolini provided for the restoration and creation of the current square; the internal space was used to house the city market, later moved to Piazza del Carmine.

Today there are shops, restaurants and many houses on the upper floors of the buildings which clearly show, with their irregularity, the transformation process undergone over time.