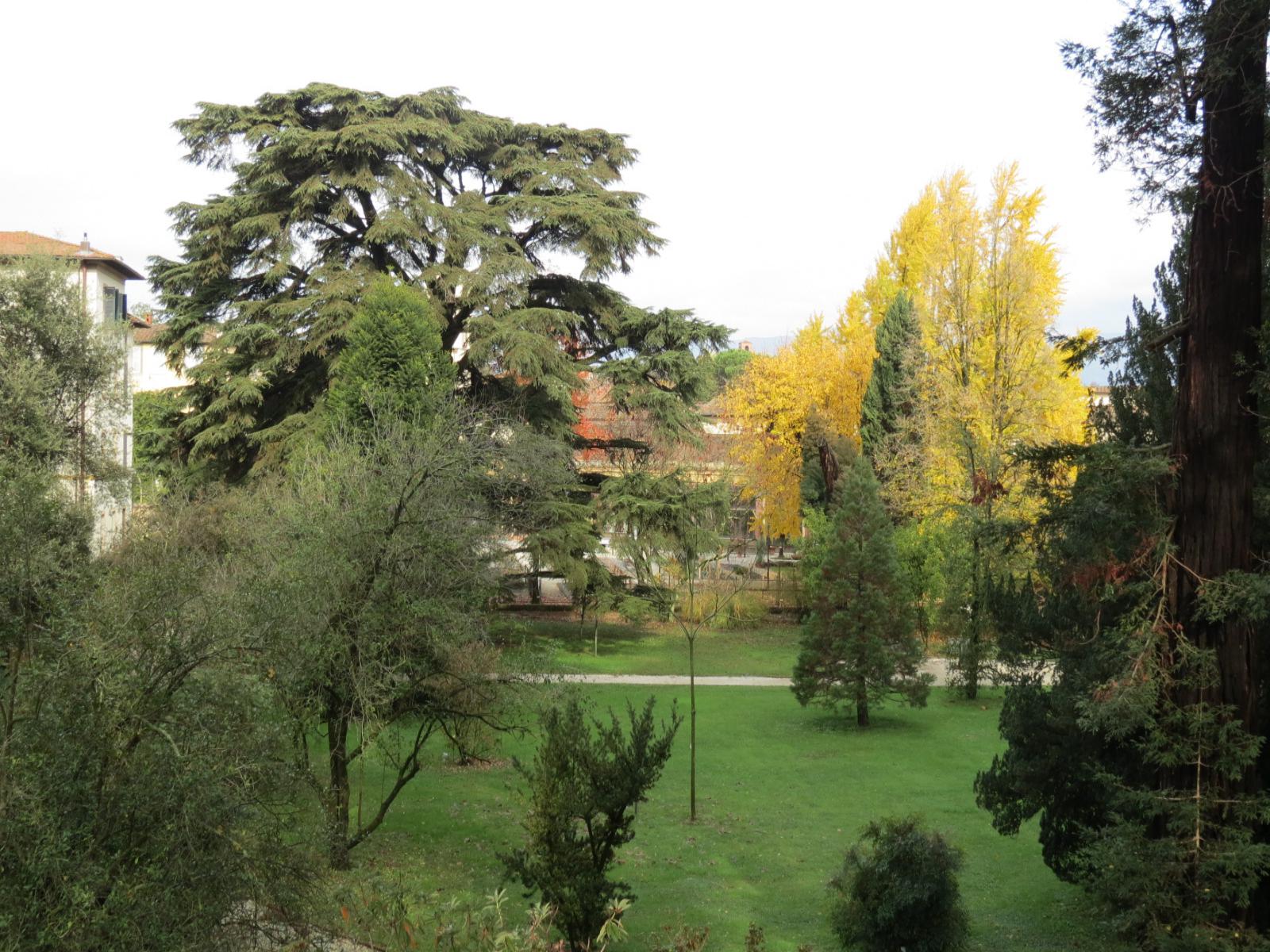 The Botanical Garden of Lucca is the most important city garden and its foundation, commissioned by Maria Luisa of Bourbon, dates back to 1820, when two hectares of land were allocated for scientific purposes under the supervision of the the Royal Lyceum (now home of the Classical Lyceum) under the guide of Professor of botany Paolo Volpi. In the following years there were numerous works made to develop the garden, from the construction of the fence, planting of many local and non-local species, up to the construction of a canal to carry running water.

In 1826 the first heated greenhouse was inaugurated, and the number of species present increased enormously to exceed a thousand units, both for scientific purposes and for requests of exotic plants by the citizens of Lucca. In the early twentieth century, after the closure of the University of Lucca, the botanical garden was acquired by the Municipality of Lucca but due to the two world wars the garden experienced a period of serious abandonment and decline until the 70s, when it was given new impulse to its activity and brought back to the ancient splendor as today it is possible to admire.